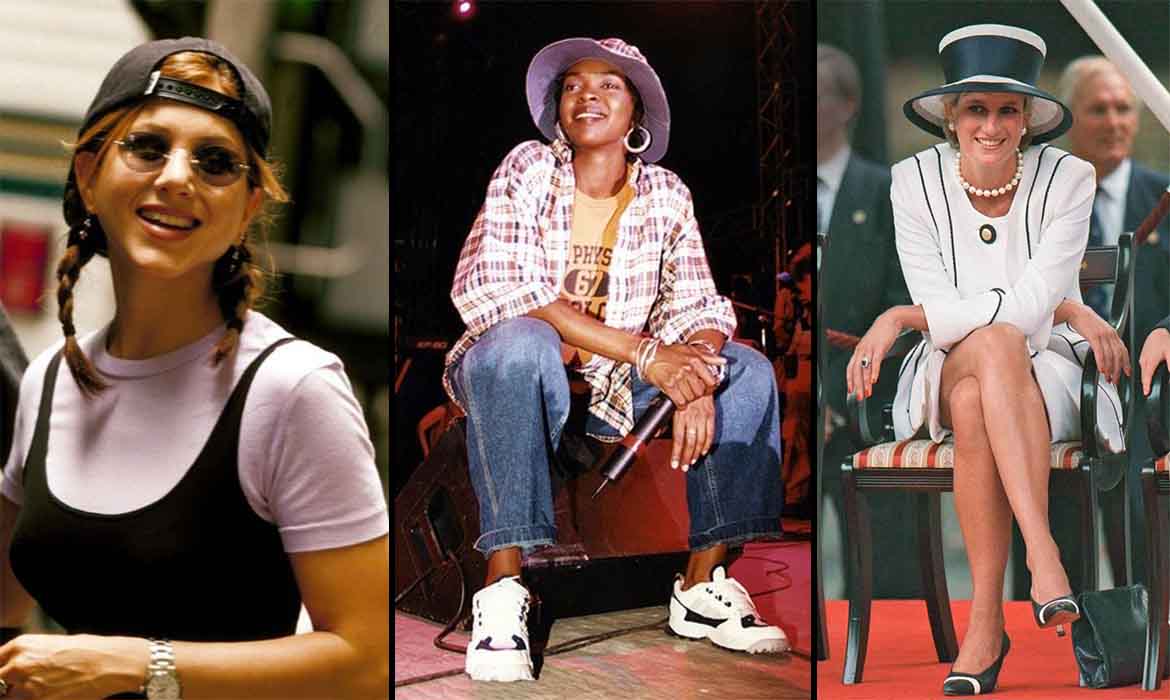 Hi lovelies! In this article we will discuss hats, particularly hats of the ‘90s. Not a single day goes by that we don’t see people bringing back the trends from the ‘90s. It is like, the fashion trends back then seems to be the most appreciated, loved and missed. Undeniably, the ‘90s fashion have brought many unique trends to the industry and still adding to this list with every comeback.

Let’s go into a little more detail on what we are going to talk about in here. We are going to talk about pop culture, fashion trends, haute couture of the ‘90s, and how people, especially celebrities, styled their hats or what kind of hat they chose to wear. I will show you some of the most popular ‘90s vintage hats and help you find alternatives to wear now. And with this ‘90s makeup trends and today’s comebacks article you can complete your look with a stunning makeup.

Baseball caps, or we can also call it dad hat too, came into our lives in the ‘90s. And certainly it became a lot of people’s favorite instantly. Not just because it was doing a good job shielding the sun, but also it would complete your outfit and make you look cool. To this day, so many people are still using these popular ‘90s hats. 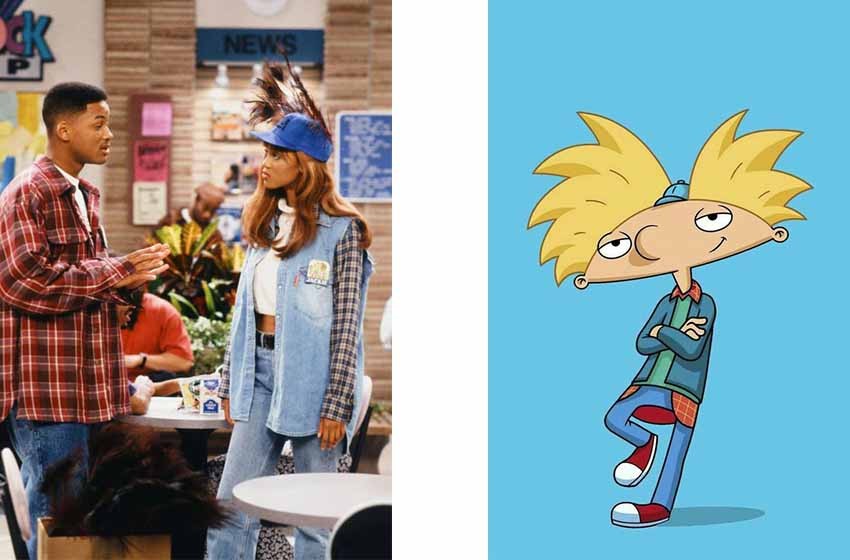 When you look at the celebrity photos from the ‘90s you will see a lot of them wearing a baseball cap in many occasions. Or you can see characters wearing baseball caps in the movies, popular tv series for instance, clueless, the fresh prince of bell air, friends and even the cartoon characters wear them. Here is a ‘90s inspired baseball cap you can wear.

Trucker hats initially emerged with the purpose of helping truck drivers, ranchers and farmers. These hats feature a logo on the front and it helps these working people to advertise their local bussineses for free. And of course shield them for the sun while working.

Although it started with this purpose, people also love to wear them on their daily lives. Whether to look authentic with the outfits they paired up with, or just to cover up their bad hair day. And trucker hats don’t just feature the local bussineses’ logos anymore, you can see quotes or brand names or anything that comes to your mind. Just like this trucker hat that you can pair up with your outfits.

‘90s bucket hats are back and we are loving them. At first it started with fishermen. They wore bucket hats to protect themselves from the rain. Then slowly it started to be worn by a lot of people. Especially it associated with many music genres and celebrities such as Liam Gallagher, the founder and the vocalist of the band called “Oasis”. Bucket hats were a big deal in the Britpop.

And now we are seeing various types of bucket hats in the shelves. Many people are so happy about this because you can change the dynamic of your outfit with a bucket hat while also protecting your scalp. It is one of those fashion trends that are really useful and look absolutely great. You can see many celebrities or influencers wearing them and totally rocking it. With this simple but cute bucket hat you can too. 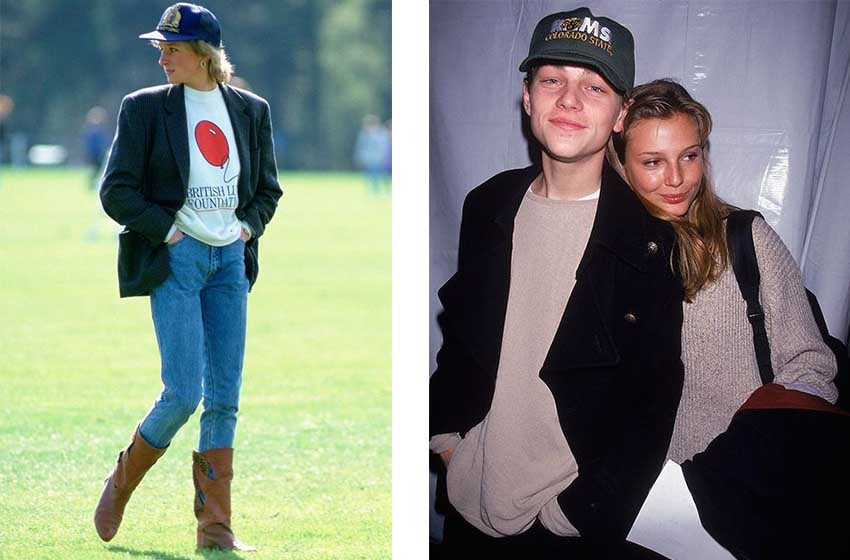 Collegiate hats were the type of hats that students in the ‘90s loved to wear. It would show your educational credentials or emphasizes your college’s sports team. So people wore them in school and out of school whether to support their team or just as a symbol or just because they thought it looked cool. And it certainly did and still does look cool. 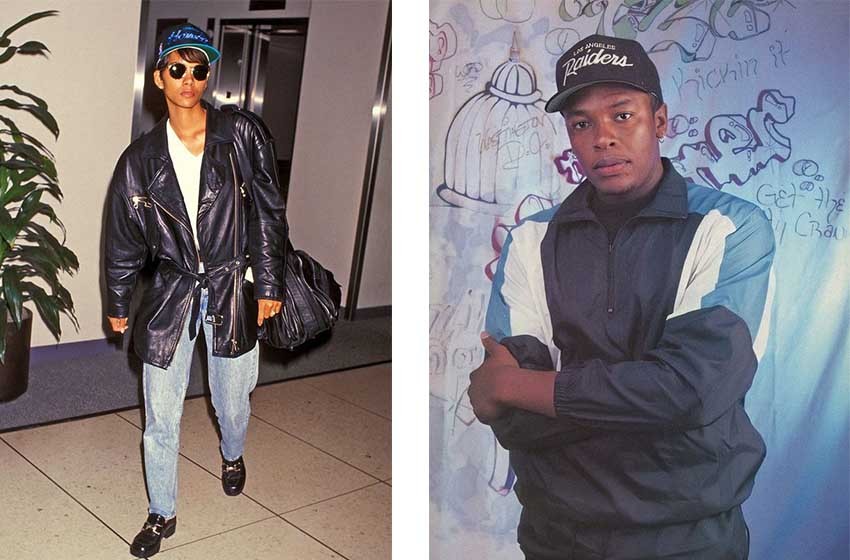 Anyone can wear them whether they are in college or not of course. If you are not in college but you are planning on applying to your dream school, I think it can be a beautiful manifestation to wear the hat of your dream college. Or to show what college you graduated from. You can wear it even if you never attended a college, it will definitely look fabulous with your outfit. I found this college hat that I thought you might like, but again you can decide which school’s hat you want to wear.

And now we are leaving pop culture and go towards fashion. Berets are associated with French fashion mostly. It is because they became famous there and this fame spread to many other countries. In the ‘90s though, rather than working class like many years ago, mostly celebrities wore berets. 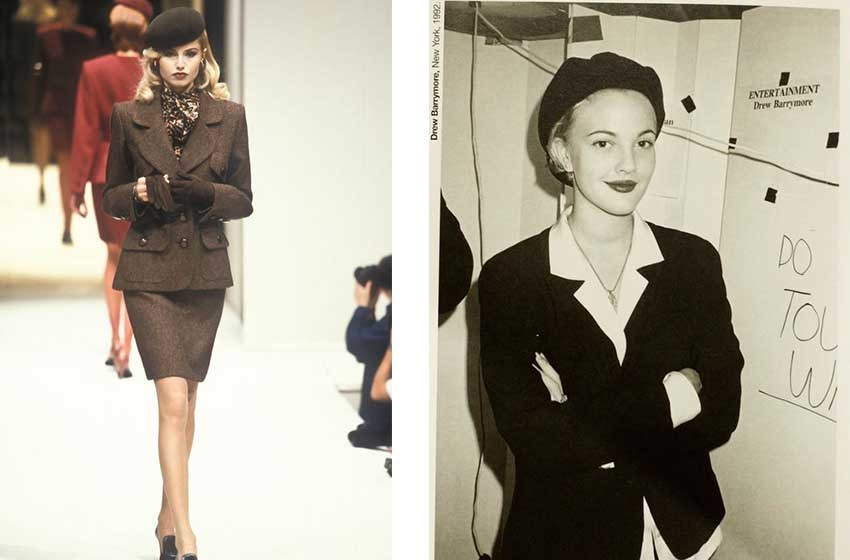 You can see berets in movies or on red carpets or in the fashion shows easily. In the movie “Clueless” you can see Cher (played by Alicia Silverstone) and in “Notting Hill” Anna Scott (played by Julia Roberts) are wearing berets. There are many examples like these. I think berets are creating a certain chic look. Even if you are wearing a simple t-shirt and a pair of jeans, when you wear a beret on top of it, it will look elegant. Obviously you can create a stylish look with this classic red beret or any other color you like on your own. 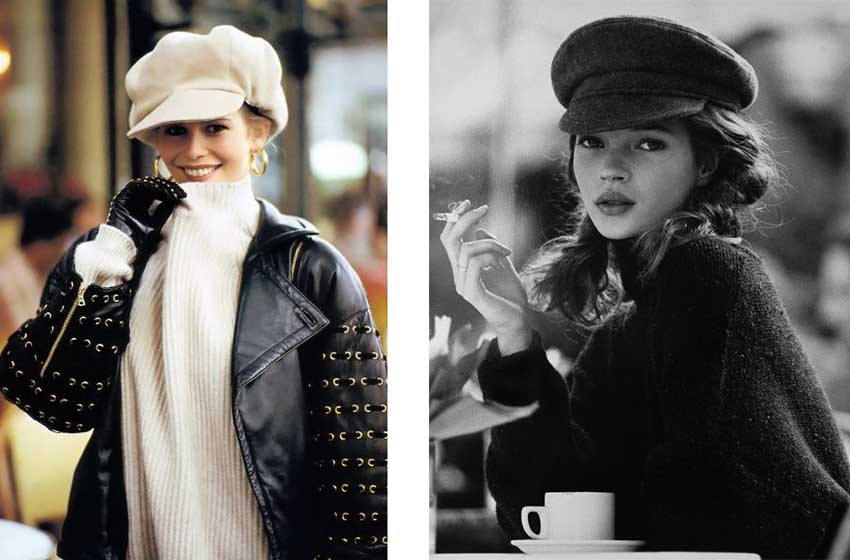 Breton hats were originally used by factory workers and sailors in the early 19th century. But gradually this hat become something that many fashion admirers love to wear. These people include some famous actors, models and fashion designers. Breton hats are not the easiest hat to combine with your outfit maybe but definitely has its own charm. Should be given a chance.

Maybe not the easiest hat to pull of but with these hats you can create a gracious look. Keeping your outfit simple with a breton hat is the safest way but you can get crazy with it and create an extraordinary and unique look. You can take a look at this breton hat and start to think about which clothes you can match with. I am pretty sure it will look fabulous. 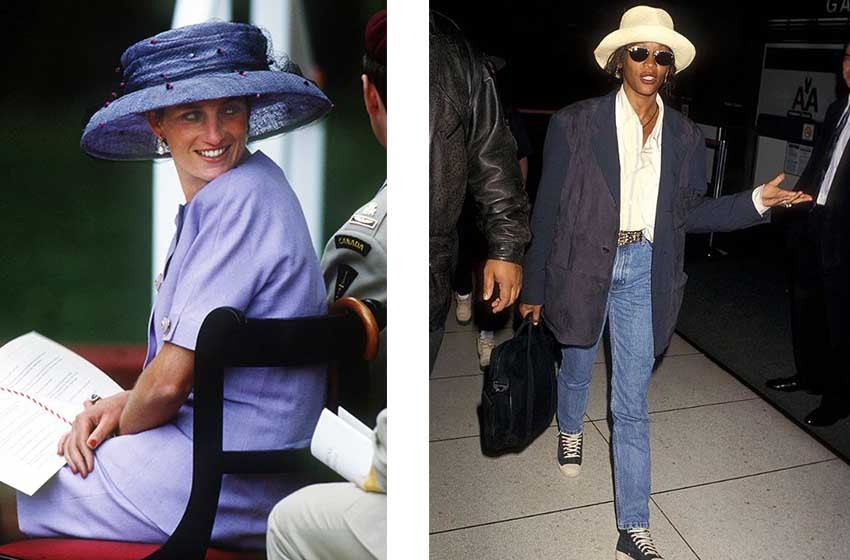 As far as I have seen, wide brim hats are among the favorites of many people, including royal family members around the world. These hats are so practical and chic that you will love it. Wide brim hats doing the best job by protecting you from the sun rays, but it is not the only thing they do, they complete your outfit and look absolutely stunning.

You can match wide brim hats with almost anything. Because it comes in all shapes and sizes. You just need to find one that you really like and reflects your style. Completing your outfit with a wide brim hat is a wise choice. You can start you journey with a hat like this and explore more and more.

When I see anything related to the ‘90s haute couture there are a few names that comes to my mind such as Kate Moss, Linda Evangeliste, Carla Bruni, Naomi Campbell, Cindy Crawford or Claudia Schiffer. Of course there a lot of people deserve to be mentioned, they are just the tip of the iceberg, and also I like to call these wonderful models “royal members of haute couture”. 🙂 There is no doubt that all of these supermodels in the ‘90s draw attention with what they wear on the runway or on the street, and certainly make them trendy. I would love to show a couple of pictures of remarkable hats from the ‘90s haute couture and runway shows. 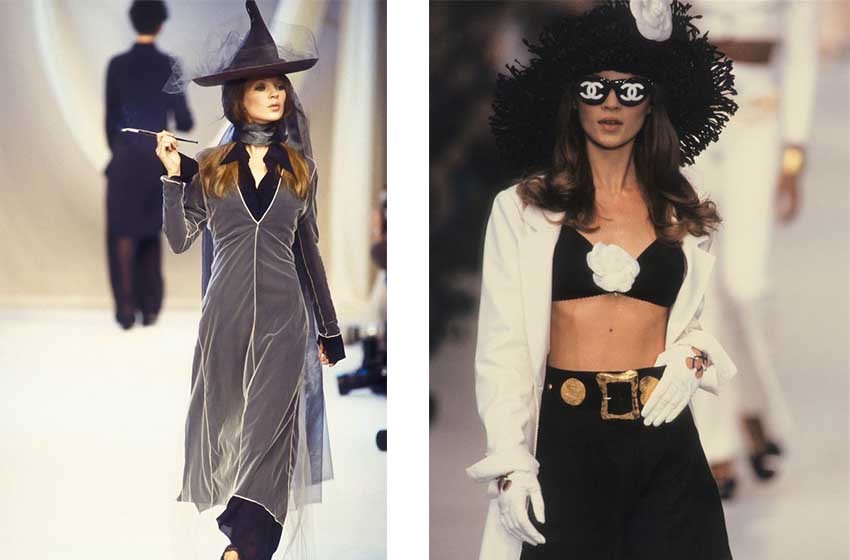 And we have come to the end of the ‘90s hats article. I also found this video on youtube that shows how to make a diy bucket hat, I thought maybe you would want to create yor own ‘90s inspired hat, you can see it down belove. And it would definitely be really cool to have your own personal and unique hat because you can create whatever you want.

And this wonderful article that shows 60 most fabulous hats that Princess Diana wore, you should definitely check them out. I hope you found this article helpful and enjoyed it as much as I did. And don’t forget “Wear to express, not to impress”.

References for the Images